Research, publications, training, and consultation
to foster thriving in children, families, and communities

University of Victoria, BC

Adjunct Professor, University of Victoria, BC, School of Child and Youth Care

Former President of Starr Commonwealth, with campuses in Michigan and Ohio

Author or co‑author of over 200 articles and 15 books on strength-based interventions with challenging youth with translations in multiple languages. Book titles include: The Drive to Thrive, Deep Brain Learning, The Resilience Revolution, Reclaiming Youth at Risk, Reclaiming Our Prodigal Sons and Daughters, Positive Peer Culture, and The Other 23 Hours.

Has trained professionals in 20 nations in fields of education, treatment, child and youth care, and juvenile justice. With colleagues developed a full range of practical, research-grounded courses extending the Circle of Courage model of positive youth development. These include Connecting with Kids in Conflict, Building Resilient Families, Positive Staff and Peer Cultures, and Transforming Trauma into Resilience. Served as a practitioner expert member of the Coordinating Council on Juvenile Justice and Delinquency Prevention in the administrations of Presidents Clinton, Bush, and Obama. Was ceremonially adopted into the Rosebud Lakota Sioux tribe and has worked with indigenous nations worldwide.

Dr. Brendtro can provide keynote addresses to professional conferences as well as workshops, consultation, and learning opportunities. Topics tailored to needs of the particular audience include practical strategies and evidence-based principles delivered in inspirational presentations. For information, contact him at Resilience Resources: Phone: 605-580-9557. Email: larry.brendtro@gmail.com

Larry Brendtro and his wife Janna Brendtro established the research, publication, and training organization Resilience Resources. Janna has been research editor of all reclaiming youth publications over the past forty years. They reside near Sioux Falls, South Dakota, and have three adult children and seven grandchildren.

The Roots of Reclaiming

For thousands of years, indigenous peoples worldwide have revered children as sacred beings. During that same period, most Western cultures viewed children as chattel and reared them with harsh punishment. While reformers long attempted to challenge these practices, the modern reclaiming movement dates to August Aichhorn who described relational-based strategies in his 1935 book Wayward Youth. As defined by Yochanan Wozner of Israel, reclaiming environments meet the needs of children and youth. In psychological terminology, this includes universal growth needs for attachment, achievement, autonomy, and altruism.

August Aichhorn and Anna Freud trained a generation of leaders including Fritz Redl who emigrated to the U.S. prior to World War II. There, Fritz Redl and David Wineman authored the classic book, Children Who Hate. They worked with William Morse to establish the University of Michigan Fresh Air Camp as a laboratory for applied research on reclaiming challenging children and youth. Larry Brendtro was trained in this tradition and completed a doctorate at the University of Michigan. He then joined the faculty of the University of Illinois where he established graduate programs for professionals serving students with emotional and behavior disorders.

Dr. Brendtro left the university to put these principles into practice at Starr Commonwealth which operated treatment programs and alternative schools at campuses in Michigan and Ohio. During fourteen years at Starr, he and colleagues co-authored three books. The Other 23 Hours focused on the transformational power of therapeutic living and learning environments and was translated into several languages. This was followed by Re-Educating Troubled Youth and Positive Peer Culture which presented strategies for enlisting young people and staff in creating climates of respect. Positive Peer Culture is now listed on the California Evidence Based Clearing House, and these three early books are still in print, now being published by Routledge.

The Circle of Courage

After leaving Starr, Brendtro returned to his native South Dakota as professor at Augustana University. He and Augustana colleagues Martin Brokenleg and Steve Van Bockern co-authored Reclaiming Youth at Risk which introduced the Circle of Courage model, a consilience of traditional Native American child-rearing values and the science of positive youth development. That small book became a best seller for its publisher, National Education Services (now Solution Tree) and introduced reclaiming principles to professionals worldwide. 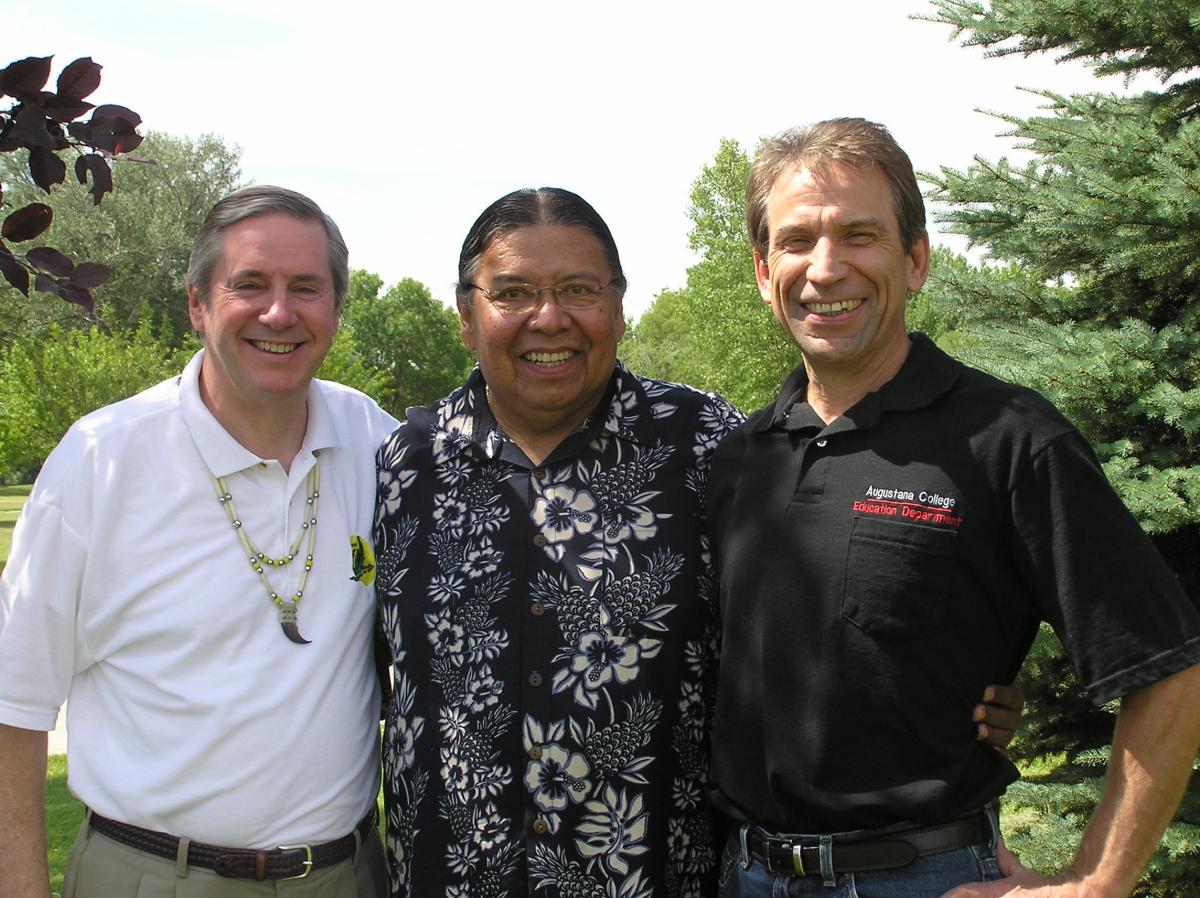 Larry Brendtro and Nicholas Long established the journal Reclaiming Children and Youth to publish research and practice wisdom related to the Circle of Courage. Fred Tully, founder of the Black Hills Children’s Home, invited Augustana to offer graduate degrees there and hosted the first Black Hills Seminars on Reclaiming Youth in 1994. This became an annual event, drawing professionals from throughout North America and beyond. The year 2018 marks the 25th year for the Black Hills Seminars.

A key leader in the reclaiming youth network has been Mark Freado who brought the strength-based principles of the Re-ED model for troubled children developed by Nicholas Hobbs and has been at the forefront of Life Space Crisis Intervention. Through the reclaiming book, journal, and seminars, a world-wide synergy developed. Lesley du Toit brought this model to South Africa and piloted the Response Ability Pathways [RAP] training curriculum. European satellites were developed in Germany, Ireland, Belgium, Hungary, and Switzerland. In Australia, this reclaiming model was promoted by Youth Off the Streets of Sydney, Circle Seminars and Edith Cowan University in Perth, and Allambi Care in Newcastle. New Zealand colleagues formed a professional development trust and extended training throughout the Pacific Islands. And because of its Native roots, the Circle of Courage attracted the interest of indigenous peoples from many cultures.

In 2012, Dr. Brendtro returned to Starr Commonwealth as Dean of the Starr Global Learning Network and chief psychologist in Starr’s doctoral internship program. For a time, Starr also operated the South Dakota-based Reclaiming Youth International directed by Mark Freado. However, in 2015, facing financial challenges, Starr Commonwealth was no longer able to continue its support for the South Dakota initiatives. While Starr continues to provide Circle of Courage and RAP training, key leaders in the reclaiming movement are developing new collaborations to insure the future of this strength-based model.

Returning to their native South Dakota, Larry and Janna Brendtro established Resilience Resources to continue their legacy of research, publications, and professional development activities. Co-founders of the Circle of Courage are extending this model. Martin Brokenleg has integrated indigenous science, cultural trauma, and resilience; Steve Van Bockern is applying these principles in educational leadership in developing Schools that Matter. Other examples:

Many other colleagues continue to advance the vibrant reclaiming movement, dedicated to the principle that there are no disposable kids.

Note: All product names, trademarks, service marks, trade names, and logos are the property of their respective owners.